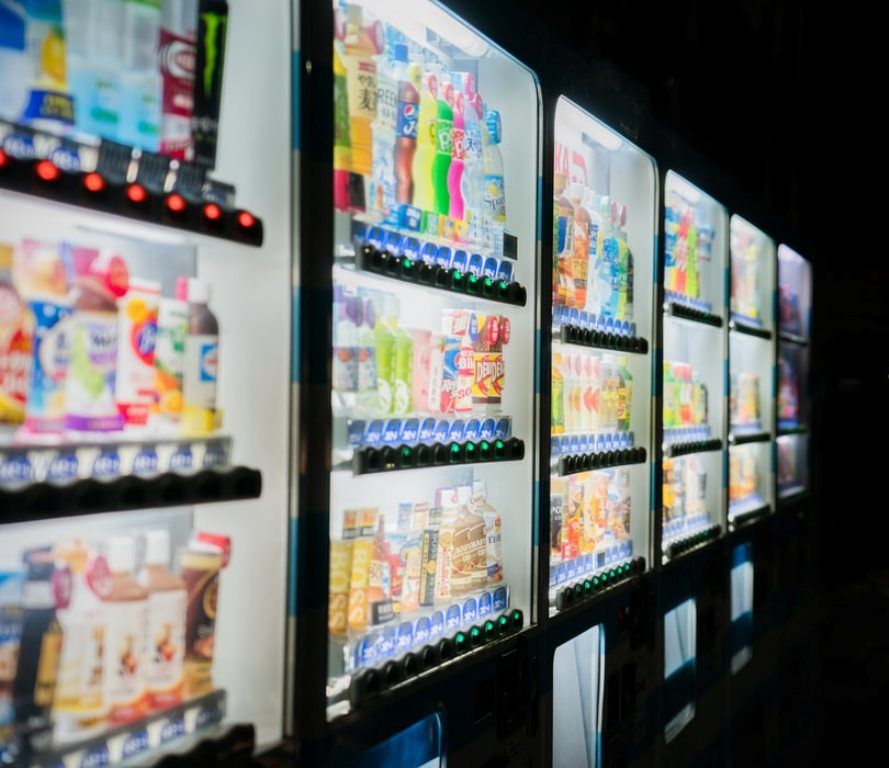 Start-up from Poznan is planning to develop a network of vending machines for dosing cosmetics to customers’ own containers. The plans of expansion on the vending market have also been announced by Maczfit, a company operating in diet catering. It wants to serve hot meals from the vending machines. Do such solutions have a chance for success in Poland?

The growing importance of ecology and healthy lifestyle issues has an impact not only on the offers of grocery stores, food producers and cosmetics manufacturers. It also penetrates into areas such as packaging, avoiding food waste and ecological solutions in shops. According to a survey conducted by PMR for the purposes of the report “Retail trade in groceries in Poland 2019”, 65% of respondents consider it important that the shop allows them to pack products such as cold cuts or fruits and vegetables into their own packaging. This may indicate an increase in the awareness of environmental protection and the development of pro-ecological attitudes of Poles.

As a consequence, all solutions limiting the production of plastic waste can become more and more popular. An example of such a solution are the so-called Cosmetomats – vending machines in which you can buy cosmetics and cleaning products dosing them into your own or rented containers. At present, the start up from Poznan responsible for the development of Cosmetomats is at the stage of searching for strategic partners, shops, manufacturers of cleaning products. Cosmetomat has already appeared in Krakow, Lodz and was tested by the inhabitants of Poznan. Ultimately, a network of automatic dispensing machines for dosing cosmetics to the packaging brought by customers – liquids for washing dishes, glasses, laundry – or cosmetics, including fully natural ones, is to be created.

The fast way of life of Poles means that they often use ready-made dishes or the gastronomic offer of shops. Nearly two thirds of respondents of the survey conducted by PMR admitted that they use the food offer in grocery stores (purchase of hot dogs and other hot snacks).

The vending machine with kebabs became famous when in November 2017 the first machine selling grilled kebabs was installed in the building of the Warsaw University of Technology. At present, such vending machines are located in several locations in Warsaw, and in the summer of this year Kebs&Go appeared on the premises of Modlin airport – it is the first hot meal vending machine at Warsaw airport.

The vending machines in which you can buy hot meals are also launched by Maczfit, a company operating on the Polish diet catering market. By the end of the year, Maczfit plans to have about 50 such machines, mainly at office buildings, but also in schools and gyms.

What do Poles buy as a Christmas gift?

Closed stores in shopping malls, consumers staying at home for all but essential reasons, and an economy headed for recession: the blow that the coronavirus crisis will deal to the non-food retail market in Poland in 2020 will be a heavy one even under the most optimistic of scenarios, according to a new report from PMR, “Impact of the coronavirus epidemic on the non-food market in Poland 2020. Scenarios and forecasts.”

For the purposes of the report, we have explored three main scenarios of the epidemic’s progress and impact on the Polish retail market. Obviously, the situation is highly dynamic, making predictions difficult. But we expect that the actual course of events will at least broadly resemble one of our scenarios.

On 31 March 2020, in response to the coronavirus epidemic in Poland, the government announced the introduction of further restrictions aimed at halting the increase in the number of infections. Among other things, a limit of people allowed to be in the shop at the same time was introduced and DIY and home improvement shops were closed on weekends.

Due to the arrival of coronavirus in Poland, the government in mid-March started introducing restrictions aimed at slowing down the development of the epidemic. Educational establishments were closed, then the activity of the restaurants was limited to providing services only in delivery or take-away, and all shops in shopping malls, except for groceries, pharmacies and drugstores, were closed.

On 31 March, further restrictions on the operation of shops and service outlets were announced, including the following: