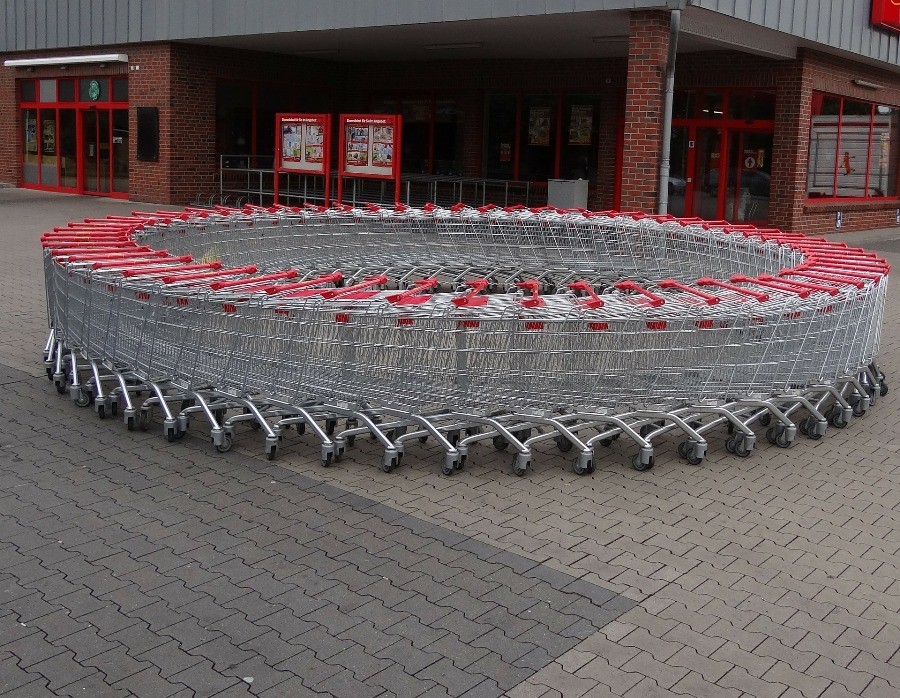 The bi1 chain will open a hypermarket in Elk next year. Does this format of shops still have a chance for success in Poland? Among large-format stores, it is the hypermarket channel that has experienced the greatest difficulties in recent years.

In recent years, the hypermarket channel has experienced the greatest difficulties among large-format stores in Poland. As a result, in 2017 and 2018, the value of sales in this market segment decreased. In addition, one of the largest hypermarket chains on the Polish market – Tesco – is experiencing problems. According to PMR’s analyses, the situation in the channel is expected to stabilise in the long term, but the increase in its value will be slight.

The problems of hypermarkets have emerged as a consequence of, among others, the development of other formats of grocery stores, as well as changes in consumer habits. Poles increasingly prefer to make purchases in shops which are smaller and close to where they live. Sociodemographic factors such as the growing number of small households also do not favour the development of this format of shops.

According to PMR’s analyses, the slow growth in the number of hypermarkets in Poland, which we expect to see in the coming years, will be mainly due to Kaufland, which is the only one planning to open such stores.

Therefore, the information that bi1 chain is planning to open a new hypermarket came as a surprise. The location of the bi1 hypermarket – the store will be opened in the newly opened Karuzela shopping centre in Elk – will undoubtedly be its strong point. The bi1 hypermarket will be located next to several dozen clothing, sports and electronics shops. Currently, apart from smaller hypermarkets, those located near large shopping malls are doing well.

Seven large area shops operate under the bi1 brand in Poland (Bialystok, Bielsko-Biala, Czeladz, Legnica, Rzeszow, Walbrzych and Szczecin). The bi1 chain appeared in Poland in 2015, taking over the former Real stores, which Auchan did not agree to take over.

How many grocery stores will remain on the Polish market?

Carrefour decided to withdraw disposable plates and plastic cutlery from sale. These products are covered by Directive (EU) 2019/904 of the European Parliament and of the Council of 5 June 2019 on the reduction of the impact of certain plastic products on the environment. The Directive provides for a ban on the marketing of disposable plastic products that have environmentally safe substitutes (e.g. plastic sanitary sticks, plastic cutlery). The ban is expected to enter into force in July 2021.

In addition, the chain has introduced Ecocert and GOTS certified cosmetic pads and cosmetic swabs.

Carrefour, like other food chains, also carries out a number of other environmental protection measures. Last year, Carrefour stores introduced the possibility of packing fruit, vegetables and other products…

By 2025, internet sales will account for over 15% of the Polish cosmetics market

For several years now, online has been the fastest growing channel of the cosmetics retail market in Poland, and this will not change in the coming years. Between 2020 and 2025, internet sales will grow by an average of 9.5% a year, i.e. more than three times faster than the market as a whole, according to a new report from PMR, “Cosmetics retail market in Poland 2020. Market analysis and development forecasts for 2020-2025“.

In 2019, online sales of cosmetic products in Poland reached PLN 2.6bn (€611m), and accounted for almost 11% of the entire cosmetics retail market. According to PMR forecasts, this share will increase to almost 16% in 2025.

Several factors explain the fast growth of the internet channel. For one thing, cosmetics chains have been launching their e-shops. All the major ones have now done so. The last of the pack to enable online…

The first self-service Lewiatan’s store, or rather a vending machine, launched in the last days of January in Krakow. Since this “shop” is self-service, it will be open 24 hours a day, seven days a week. Including holidays and non-commercial Sundays.

The first self-service Lewiatan’s vending machine was launched in front of the chain’s store, operating in Krakow. The outlet offers nearly 200 SKU, including beverages, snacks, dairy products, pre-packaged meat, bread, ready-to-go meals. The facility also offers hot coffee, tea or chocolate from a machine. However, due to the lack of possibility to verify the age of the customer, there is no alcohol in the assortment.

The vending machine is operated via a multimedia touch panel. In turn, the ordered product is introduced into a special elevator by means of a conveyor belt, and the collected purchased products are delivered to the window where the purchases are issued.

According to PMR data, in 2018 the clothing and footwear market in Poland was worth nearly PLN 37bn and grew by 4.5% compared with the previous year. We estimate that in 2019 the market increased at a…

Among the respondents who have cosmetic apps installed on their phones, as much as 94% declare having Rossmann chain app. Klub Rossmann is the is more often used by women and people in the 55 age group and those with higher education.

The chain leads in its category in terms of popularity with consumers. The next most popular mobile app is Hebe app, 15% of the respondents has it on their phones. In turn, mobile app…