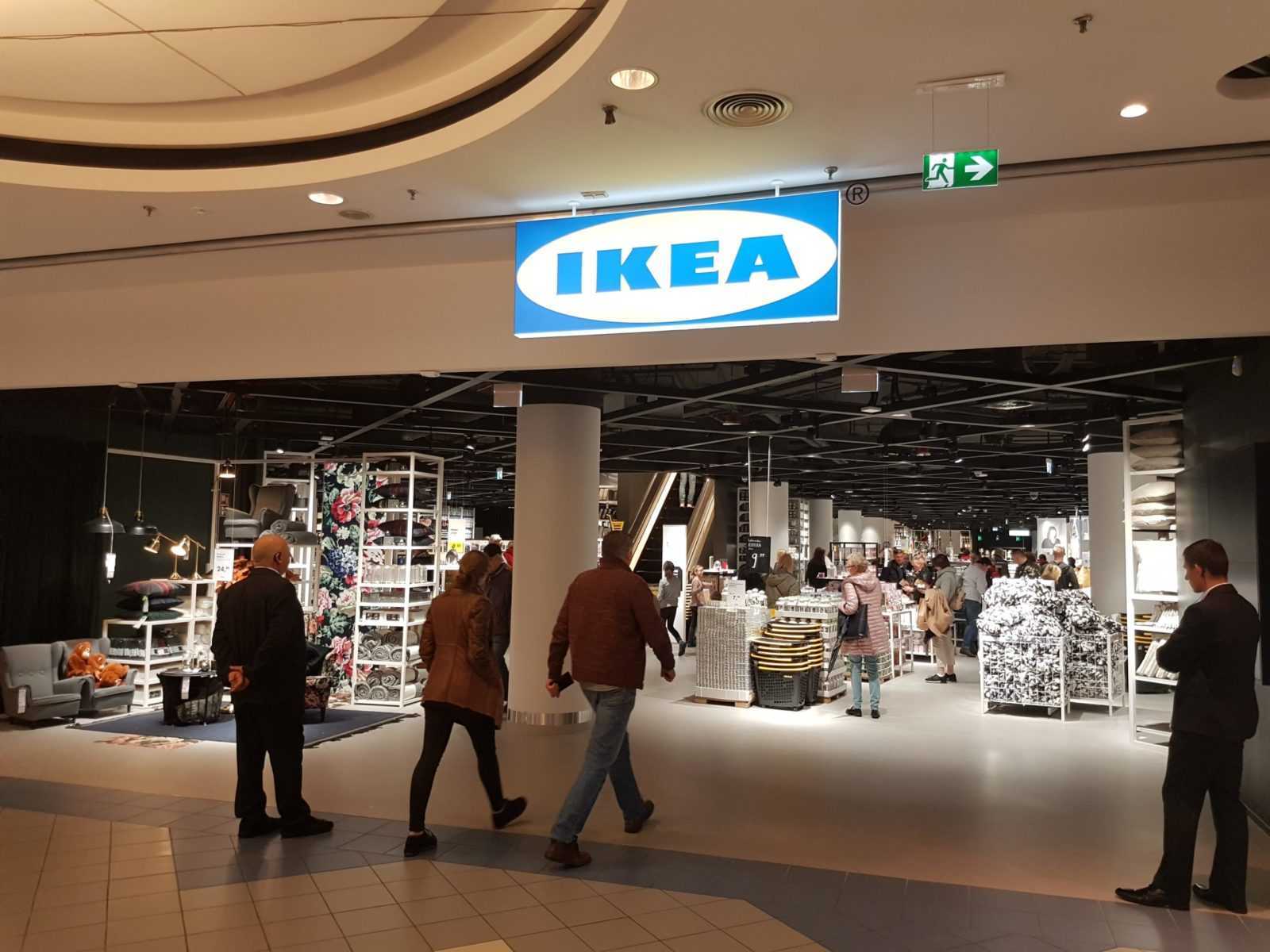 In recent years, IKEA has opened two new formats, significantly different from typical large format stores. The first format is the Internet order collection points (e.g. Opole, Rzeszów, Kalisz, Szczecin), which are a very traditional and simple format, used only to collect orders, without the possibility of buying anything on the spot (which I experienced in Opole). The second, much more attractive and interesting format is the shop opened in the Blue City gallery in Warsaw.

It is a medium format shop consisting of two floors. The first one focuses on equipment elements (kitchen, textiles, etc.), and the second one is the arrangement of rooms and the possibility to order furniture from advisors or kiosks and additionally a small bistro. Below are a few advantages and disadvantages of this latest format:

To sum up, the format itself is very interesting and can be very successful. However, there is one significant one, but… how this shop should be called. Today, if you want to go to IKEA in Warsaw, you have three options with the same name, but one shop is clearly different from the other in minus. Historically, an interesting example is Tesco, which at the beginning of its development focused primarily on hypermarkets. Accustomed consumers were not satisfied at first as Tesco appeared in their area, but in the format of a supermarket with a much poorer offer. Another example is Auchan, which wants to concentrate all stores under one brand (Simply Market supermarkets undergo rebranding on Auchan Supermarket and Moje Auchan – convenience format), but still emphasizing the differences between formats. On the other hand, Żabka resigns from the larger Freshmarket format by rebranding shops for Żabka. Another interesting example is e-obuwie.pl, which opens stores under its own name and does not use the largest shoe chain of the same owner, i.e. CCC.

Therefore, it is puzzling to leave the same name and the question of whether consumers understand enough that when they go to galleries they will not get the same name as in other shops of the same chain, or not. Or maybe in a moment there will be a shop named e.g. IKEA home/equipment. In my opinion, it is worth looking at this store and the development of IKEA in shopping malls as a kind of test of customer behaviour towards a well-known brand.

Looking more broadly at the development of various chains and the progressing consolidation, we can see the growing importance of the convenience or proximity customer effect, which means choosing either shops close to home/work, or choosing large galleries in order to make complex purchases and combining this with rest and entertainment. Interestingly, the effect of the ban on Sunday accelerated this phenomenon.

Fashion returns, this time in the CV

Falling number of clothing and footwear stores in Poland

Closed stores in shopping malls, consumers staying at home for all but essential reasons, and an economy headed for recession: the blow that the coronavirus crisis will deal to the non-food retail market in Poland in 2020 will be a heavy one even under the most optimistic of scenarios, according to a new report from PMR, “Impact of the coronavirus epidemic on the non-food market in Poland 2020. Scenarios and forecasts.”

For the purposes of the report, we have explored three main scenarios of the epidemic’s progress and impact on the Polish retail market. Obviously, the situation is highly dynamic, making predictions difficult. But we expect that the actual course of events will at least broadly resemble one of our scenarios.

On 31 March 2020, in response to the coronavirus epidemic in Poland, the government announced the introduction of further restrictions aimed at halting the increase in the number of infections. Among other things, a limit of people allowed to be in the shop at the same time was introduced and DIY and home improvement shops were closed on weekends.

Due to the arrival of coronavirus in Poland, the government in mid-March started introducing restrictions aimed at slowing down the development of the epidemic. Educational establishments were closed, then the activity of the restaurants was limited to providing services only in delivery or take-away, and all shops in shopping malls, except for groceries, pharmacies and drugstores, were closed.

On 31 March, further restrictions on the operation of shops and service outlets were announced, including the following: